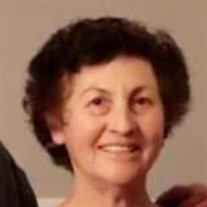 Zorka (Zora) Simnjanovski was born on September 8, 1954 in Macedonia (Former Yugoslav Republic). She ascended into heaven, peacefully, on July 24, 2020 at 10:00am holding the hands of her husband, Djoko and son, Riste, after suffering cardiac... View Obituary & Service Information

The family of Zorka Simnjanovski created this Life Tributes page to make it easy to share your memories.

Zorka (Zora) Simnjanovski was born on September 8, 1954 in Macedonia...

Send flowers to the Simnjanovski family.