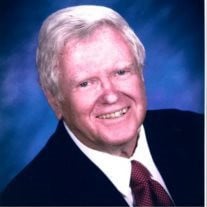 William Frederick Rector II 1934 – 2014 Bill passed away from complications of Alzheimer’s days before his 80th birthday. He was born in San Diego, primarily resided in Los Angeles and returned to San Diego in 1980. Bill lived in Solana Beach through 1993 and remained in San Diego County until his death. Throughout his life Bill has always been active in the Lutheran Church and at one point attended a college of ministry for one year. He was a devote member of the Lutheran Church. Instead he attended the University of California, Berkeley and received an aeronautical degree in 1956 and this would launch him on a professional trajectory intertwined with the U.S manned space program in the Apollo Era. His professional career began as an engineer on the Atlas Missile at General Dynamics in San Diego. He quickly became the project manager for the Apollo Spacecraft study performed for NASA. He joined NASA and the Apollo program in Houston, Texas in 1962 and later became technical director of manned space systems for TRW. He was still involved with the Apollo Space program when it concluded in 1972. In 1980, he returned to General Dynamics in San Diego as the Vice President for space systems and this would be the apogee of his professional career. Bill has always been proud of his involvement in the Apollo program and has shared in its triumphs and glories. He has socialized with astronauts and is alleged to be a member of the infamous Ancient Order of Turtles. Collecting turtle figurines has been one of his hobbies. There has always been a place in Bill’s heart for Porsches. He has owned several over the years. Golf and collecting golf balls was another of Bill’s interests, a passion undoubtedly passed to him from his sister Jeanette, a professional golfer. Bill was a devote member of the Calvary Lutheran Church in Solana Beach for 33 years. He participated in men’s bible group and loved singing in the choir’s annual Christmas pageant. Bill’s health rapidly deteriorated in the last year and he lost his struggle with Alzheimer’s on 2/15/14 in Escondido with his daughter Jill and son David at his side. Bill’s beloved wife of 39 years, Joan preceded him in death. He is survived by his older brother Richard, daughter Jill, son David and grandchildren, Jamie, Angela and Stephen.

William Frederick Rector II 1934 &#8211; 2014 Bill passed away from complications of Alzheimer&#8217;s days before his 80th birthday. He was born in San Diego, primarily resided in Los Angeles and returned to San Diego in 1980. Bill lived... View Obituary & Service Information

The family of Williiam Frederick Rector III created this Life Tributes page to make it easy to share your memories.

Bill passed away from...

Send flowers to the Rector family.