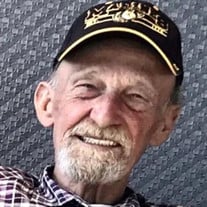 Tyrone Paul Brockman passed away suddenly on March 6, 2020 at his home in Escondido, California. Tyrone (Ty) was born July 1, 1947 in Dallas, Oregon to Manuel and Rosella Brockman and was one of 10 children. Growing up in Oregon, he met and married Sally Veneman. Ty joined the United States Marine Corps and served for 26 years. He served during the Vietnam War and on the USS Missouri during the Gulf War. He and Sally were blessed with three children, Tracy, Tammy and Tara. As a military family, they moved often and were stationed in Southern California, Virginia and even Hawaii. After his first marriage, Ty was also stationed in Yuma, Arizona. He later moved back to Southern California, where he met his loving and devoted wife Yoshiko Okamura. Yoshiko brought with her two more daughters for Ty to love, Erika and Tina. He loved all of his children and strived to be a part of their life. Ty retired from the military after the Gulf War and continued to work as a Manager of Aero Laminators and most recently as a delivery driver for O’Reilly Auto Parts in Escondido. He enjoyed old cars, handyman projects, movies, a good joke, and discussing politics. Above all else, he loved, cared and provided for his family. Ty is preceded in death by his parents and multiple siblings. Ty is survived by his caring wife, Yoshiko, his sister Dee Guilfoil, brothers Ted Weinman, David Anderson and Vernon Brockman, his children Tracy Brockman (Elena), Tammy Miklovic (Jaja), Tara Burns (Stephen), Erika Dorney (fiancé Michael McMahon) and Tina Anderson (Christopher). Ty also leaves behind his beloved grandchildren – Trevor Burns (Nicole), Sierra Burns, Sean Miklovic (Moriah), Sara Miklovic (Erik), Anna Miklovic (Ian), Emma Miklovic, Cara Miklovic, Emily Crutchfield (fiancé Ian), Jonathan Dorney, Honor Anderson and Christopher Anderson. He also was blessed with three great-grandchildren – Harrison Burns, Thomas Miklovic and Zofia Bautista. Sean & Moriah and Anna & Ian are both expecting additions to Ty’s legacy. Anna and Ian are expecting their first child in June 2020 and Sean and Moriah are expecting a girl in August 2020. In lieu of flowers, the family requests donations be sent to a Veterans charity of your choice. Military services with a 21-gun salute will be held at Miramar National Cemetery at a later date. Alhiser-Comer Mortuary in Escondido in charge of arrangements.

Tyrone Paul Brockman passed away suddenly on March 6, 2020 at his home in Escondido, California. Tyrone (Ty) was born July 1, 1947 in Dallas, Oregon to Manuel and Rosella Brockman and was one of 10 children. Growing up in Oregon, he met and... View Obituary & Service Information

The family of Tyrone Paul Brockman created this Life Tributes page to make it easy to share your memories.

Tyrone Paul Brockman passed away suddenly on March 6, 2020 at...

Send flowers to the Brockman family.