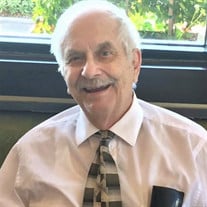 Thomas L. Furth, 78, longtime resident of San Diego, died suddenly at Carmel Mountain Rehab Center in San Diego, on Tuesday, August 22, where he was recuperating from recent surgery. Tom’s life centered around his avid interest in a theater organization called Script-teasers, where he met his wife Dianne, who died of Alzheimer’s in 2015. He was also an avid sports fan, loyal to both San Diego teams as well as those of his birth state of Minnesota. For many years, he was a member of, and volunteer fund raiser for the YMCA. After retiring from teaching at JobCorps Tom worked at El Pollo Loco in Carmel Mountain, a place where he will be remembered for his sense of humor, his lively conversations, and his avid interest in politics. He is survived by two older siblings, Herbert Furth of Green Valley, AZ and Kristin Neufeld of Rochester, NY; also by step-children, Todd, Heather, Peter, David, and Emily Ross, as well as numerous nephews and nieces in Minnesota, Iowa, Colorado, New Jersey, and Massachusetts. A memorial service honoring Tom’s life on Sunday Oct 1, 2017 at 9:00 am-10:00 am. It will be at El Pollo Loco in Carmel Mountain Ranch. (Address 11895 Carmel Mountain Rd, San Diego, CA 92128) Should you wish to make an offering in Tom’s memory, you are invited to consider the Alzheimer’s Fund in San Diego, the Rancho Bernardo YMCA, a contribution towards a commemorative lunch for you, his friends, at El Pollo Loco, or any charity of your choice.

The family of Thomas Leon Furth created this Life Tributes page to make it easy to share your memories.

Send flowers to the Furth family.