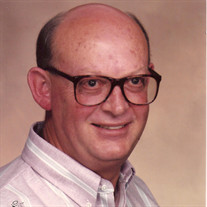 ROBERT CURRAN WING JR 8/25/38 - 11/15/15 Robert (Bob) was born in Cripple Creek, Colorado on August 25, 1938. He moved to San Diego, California at age 3 yrs. He has resided in Poway & Escondido for the past 38 years. Bob was a dedicated employee at Pacific Bell Telephone for 43 years, and was involved in youth sports for many years. Bob was preceded in death by his parents, Robert, Sr. and Helen (Burgess) Wing; his sister, Frances (Rush); and his brother, Ira Wing. Bob is survived by his loving wife Carol, and his three children: David (Vickie) Wing, Curtis (Joy) Wing, and Rachel (Aaron) Dunford. He is also survived by his six grandchildren, Kevin Wing, Michelle Wing, Emily Wing, Trevor Wing, Tyler Dunford and Sydney Dunford, and his brother, Howard Wing, as well as many nieces and nephews. Services will be held on Monday (11/23/15) at 11:00 am at Rancho Bernardo Presbyterian Church, 17010 Pomerado Rd, San Diego, CA. In lieu of flowers, donations would be welcome to Vitas Hospice - 9655 Granite Ridge Drive, Suite 300, San Diego, CA 92123 in his memory. Online: vitascommunityconnection.org

The family of Robert Curran Wing Jr. created this Life Tributes page to make it easy to share your memories.

Send flowers to the Wing family.