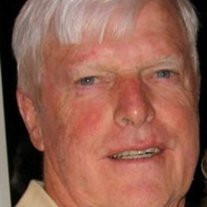 Robert William (Bill) Sherman, 74, a 22 year resident of Escondido, California passed away peacefully in his sleep November 14, 2013. He was born in Weymouth, Massachusetts on November 10, 1939 to Amasa C. Sherman and Isabelle Perkins. Bill graduated from Braintree High School and received an Associates in Arts degree from San Diego City College June, 1962. On February 19, 1962, he received certificates for completion of Vocational Apprenticeship in Airframe and Powerplant Mechanic from General Dynamics/Convair. Bill was married to Mary Margaret Geary in Altus, Oklahoma on January 24, 1963. They were married for over 50 years. Bill worked on the Atlas Missile sites in New York State and Oklahoma and was recognized in 1962 for outstanding efforts and valuable contributions to the activation of the USAF ATLAS ICBM launch complexes at Plattsburgh Air Force Base. In 1963, he worked for Pan American Airlines and the Atomic Energy Commission in Jackass Flats, Nevada. He joined Pacific Southwest Airlines in 1964 as a mechanic. He became a Lead Mechanic, sat in on Flight Engineer classes, and after taking flight lessons, he eventually became a pilot. When Bill retired from USA Airways in 1999 he was a Captain on the Boeing 737 aircraft. Bill was an active hiker, avid photographer, enjoyed body surfing, and took great pleasure exploring cities all over the world. However, what Bill loved most was to be surrounded by his family and friends. Bill is survived by his wife, Mary Sherman; two children: daughter, Jodi and her husband Cary Gregory, and son, Robert and his wife, Jennifer Sherman; his seven grandchildren, Jared Arbuckle, Matthew Arbuckle, Taylor Arbuckle, Alyssa Sherman, Kelsey Sherman, Ashley Gregory and Jacob McCollum; great-grandchildren, William (Liam) Arbuckle; his sister Sandy and her husband Steve Faucheux; his brother, David and his wife Debbie Wynott; and several nieces and nephews. Bill was preceded in death by his parents; nephew, Steven; and brother, Don. Services will be held at 1p.m. on Wednesday, November 27, 2013 at Alhiser-Comer Mortuary, 225 South Broadway, Escondido, California 92025. In lieu of flowers, memorial donation may be made to the ALS Society, 7920 Silverton Ave. Suite E, San Diego, California 92126.

The family of Robert William Sherman created this Life Tributes page to make it easy to share your memories.

Send flowers to the Sherman family.