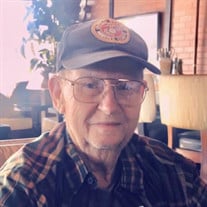 Robert (Bob, Bobby) Levenson, 72 of Escondido was reassigned to his new duty station in God’s Kingdom in the arms of our Lord on June 4th, 2020. Eternal rest grant unto him, O Lord, and let perpetual light shine upon him. Born in Queens, New York on July 28th, 1947 to Catherine Levenson and Harold Sutter II. He was raised in Miami, Florida by his Mother Catherine and Stepfather Emmanuel Levenson. Graduated from Miami Palmetto Senior High School Class of 1966. At the age of 18, he joined the United States Marine Corps and became part of the Parris Island, South Carolina class of 1966’ platoon: 2023 Served on the 4th ANGLICO, Force Troops FMF, Miami, Florida. USMCR (Airborne) February 1969. CPL Levenson, served with the 1ST Marine Division” Blue Diamond” 3rd Battalion “Thundering Third” based out of Camp Horno, Camp Pendleton in 1973’. He was a part of 7th Communication Battalion as a Field Radio Operator/ Wireman Hawaii, San Diego, CA (H&S Company) continuing on with the Army National Guard 185TH armor division Escondido, CA. Some of Robert’s awards & recognitions include: National Defense Service Medal, Letter of Appreciation bestowed upon him when he and another Marine helped save a policeman’s life in San Clemente, CA December 1973; Organized Marine Corp Reserve Medal & Sharpshooter Rifle M-14 Badge. Robert was a resident of Escondido for over 50 years. He graduated Palomar Community College in 1981 majoring in Journalism. He continued working with the civil service in Camp Pendleton, Miramar Naval Air Station, San Diego, CA and then on working in landscaping/ maintenance services. His special bond with fellow USMC brothers, his brotherhood & patriotism stayed with him through his daily life, Semper Fi! Bob loved to socialize, was an avid swimmer, loved to travel, enjoyed train & car rides across country, photography, wanderlust and carried that spirit of an eternal child with him always. Bob was the bingo champion and loved venturing to the casino. He had that “luck of the Irish,” like he would always say. He is survived by his loving wife Olga Levenson of 44 years and only child daughter Carmen M. Levenson of Escondido, brother Harold Sutter III, sister Helen Poland- Sutter both of Smithtown, New York, brother Stephen Levenson of Virginia, Aunt Joan Erwin of northern California, 5 nephews, and 1 niece. A viewing will be held at Alhiser-Comer Mortuary on Thursday, July 2, 2020 from 4:00-8:00pm. Catholic Mass will be held at St. Mary’s Catholic Church on Friday, July 3, 2020 at 10:00am. He will be joining his fellow brother in arms in full military honors interment at Miramar National Cemetery on July 17, 2020 a private event.

Robert (Bob, Bobby) Levenson, 72 of Escondido was reassigned to his new duty station in God&#8217;s Kingdom in the arms of our Lord on June 4th, 2020. Eternal rest grant unto him, O Lord, and let perpetual light shine upon him. Born in Queens,... View Obituary & Service Information

The family of Robert (Bob, Bobby) Levenson created this Life Tributes page to make it easy to share your memories.

Send flowers to the Levenson family.