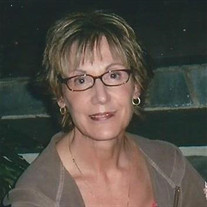 Patti Jo Miles Dec. 5, 1952 – March 3, 2015 Patti Jo Miles, 62, died Tuesday, March 3, 2015 peacefully in her home with her daughters at her bedside. She was born December 5, 1952, to Ralph and Jean Cook in San Diego. Jo was the youngest of three children. She had a sister, Barbara Johnston (deceased 2007) and brother, Gary Cook of Escondido. Jo attended Escondido High School in the late 60's. She then left for Arizona, and while there, she met her husband John Miles and they were married on April 15, 1972. They started their family, by welcoming their first daughter, Jennifer. Soon after, they moved to John's home town Fleming, Colorado. Their family grew with the births of three more children, Jaime, Jaclyn and Jared. During that time, she attended Northeastern Junior College and earned her license to work as a nurse. In 1991, Jo moved back to Escondido to pursue her nursing career. She worked as an LVN in the early 90's at an AIDS research clinic in San Diego. Unfortunately, she contracted AIDS from a needle stick injury while drawing blood from a patient. After her long 23 year struggle with AIDS, she was called home to heaven. She is survived by her father, Ralph Cook; brother, Gary Cook of Escondido; her four children; and five grandchildren,Juleah, Jenae,Maxwell, Noah and Nico. Memorial service will be held at 1 p.m., on Monday, March 9th, at Grace Lutheran Church in Escondido. In lieu of flowers, you may donate to Until There's a Cure. www.until.org, an organization raising funds and awareness for HIV since 1993.

The family of Patti Jo Miles created this Life Tributes page to make it easy to share your memories.

Send flowers to the Miles family.