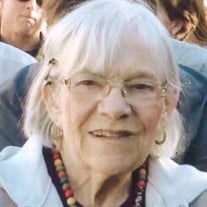 It is with great sadness, the family of Norma Corey announces her passing on August 31, 2018 at the age of 88. Norma was born in Tunkhannock, PA. She spent much of her young life working on the family, dairy farm in Meshoppen, PA. She had fond memories of life on the farm with her sisters and brother, including stories of walking ¾ of a mile each day to the one room schoolhouse in all kinds of weather, playing hide and seek in the wheat fields with her siblings and cousins, hiking down to the creek to eat winterberries or have picnics on the moss. After graduating High School in 1947, Norma found employment in a Meshoppen dress factory to earn money for college. She also worked in a shoe factory in Tunkhannock with her sister Lorraine where they lived in a tiny apartment together. Norma went on to Scranton to attend Business School, earning her degree and winning an award in shorthand. Soon after, she took a secretarial job at General Electric in Syracuse, NY. Not liking the weather, she transferred to GE in San Diego where she met her first husband, Charles Hebner Jr. (Chuck). After their marriage, they moved to Goleta, CA. and raised their two daughters, Kathy and Charla. Norma worked at Raytheon in Goleta as an executive secretary until retirement. Among her interests was the love for gardening. Norma was known for her amazing variety of roses and had a green thumb to envy. She had a special fondness for dogs and always loved having them around. After her first husband passed away, she moved to Rancho Bernardo, CA to be closer to her daughter, Charla Donovan and family. It was at a senior, singles club where she met her current husband, Philip Corey. They married in Maui, HI and resided in Rancho Bernardo until her death. Norma is survived by her husband Philip Corey; her daughter Charla and son-in-law Matt Donovan; Grandchildren Shaun Donovan and Kara Reynolds (Alex); siblings Phyllis (Ben), Donna, Frank (Diane); Brother-in-law Earl (Linda); her stepsons, Philip Corey(Donna) and John Corey (David) many nieces and nephews, cousins and friends. She was predeceased by her first husband (Charles), daughter (Kathleen), sister (Lorraine), mother (Catherine) and Father (Carl). Norma’s funeral service will be held at Alhiser-Comer Mortuary in Escondido on Saturday, September 8th at 10:00am. She will be laid to rest in the Santa Barbara cemetery next to Chuck and Kathy. Norma knew the Lord and we are comforted to know that she is resting in the arms of our savior, Jesus Christ.

It is with great sadness, the family of Norma Corey announces her passing on August 31, 2018 at the age of 88. Norma was born in Tunkhannock, PA. She spent much of her young life working on the family, dairy farm in Meshoppen, PA. She had... View Obituary & Service Information

The family of Norma Louise Corey created this Life Tributes page to make it easy to share your memories.

It is with great sadness, the family of Norma Corey announces...

Send flowers to the Corey family.