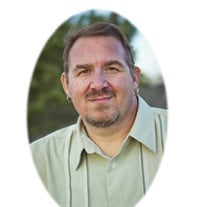 Michal Andrew Peter “Tuz” Tuzinkiewicz passed away on March 30, 2020. He is survived by his wife Karen, his son Travis, his mother Maria, siblings: Paul Tuzinkiewicz, Annette Burbach, and Natalie Vaughan, and his nieces and nephews, Emma, Nicholas, Hannah, Sarah and Davis. He is predeceased by his father Andrew and nephew Bradley as well as his grandparents and several aunts and uncles. Michal was born in January 1968 in Derby, England and relocated as an infant to the United States when his parents moved to Rockford, Illinois. After moving to Indiana, Massachusetts, and New York state, the family’s final move was to Rancho Peñasquitos, California in 1982. After attending Mount Carmel High School (1986) and receiving his Bachelor’s Degree in Graphic Design, Michal started his own photography business called Tuz Studios, and later transitioned into web design/hosting and graphic design. Michal and Karen met in January of 2013 at the Weigh to Go group in Escondido, CA and were married in June of 2014. They enjoyed going to Julian for weekend getaways or just a nice drive, and they dreamed of moving there one day. Michal was a very devoted husband and father. He enjoyed riding his beloved Triumph motorcycle and spending time with his friends while riding throughout the county and to the ocean and mountains. He was a religious man and loved learning more about his faith every day. He will be deeply missed by family, friends, and all who knew him. A Memorial Mass will be held after the COVID-19 restrictions have been lifted. In lieu of flowers, the family requests donations in Michal’s memory be made to Saint John the Evangelist Catholic Church, Encinitas, CA for their new building projects. Saint John the Evangelist, 1001 Encinitas Blvd, Encinitas CA 92024 or online at https://www.osvonlinegiving.com/486 for the Capital Campaign Fund.

Michal Andrew Peter &#8220;Tuz&#8221; Tuzinkiewicz passed away on March 30, 2020. He is survived by his wife Karen, his son Travis, his mother Maria, siblings: Paul Tuzinkiewicz, Annette Burbach, and Natalie Vaughan, and his nieces and nephews,... View Obituary & Service Information

The family of Michal Andrew Peter "Tuz" Tuzinkiewicz created this Life Tributes page to make it easy to share your memories.

Send flowers to the Tuzinkiewicz family.