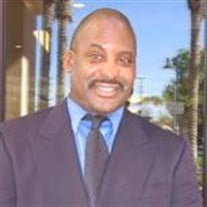 In lieu of flowers, the family has asked that you consider donating to Michael's Go Fund Me account: https://www.gofundme.com/2ff8tapm Michael James, 56, passed away August 4, 2016. Michael was born January 27, 1960, in Boston, Massachusetts to Fred and Lillian James. Michael grew up in Boston and graduated high school from High Park High School in 1977. He attended Emerson College in Boston and worked as a journeyman ironworker. He moved to California in 1985 and attended both Los Angeles City College and Harvest School of Performing Arts. Michael continued to do different jobs, such as owning and operating a limousine company, as he pursued his real love – acting. He became a SAG/AFTRA actor and worked in many movies, commercials and television shows. He played different roles, his most favorite being in Coach Carter, alongside Samuel L. Jackson, and roles in Independence Day, Seven Trucks, Martin and the Fresh Prince of Bel Air, just to name a few. Michael was baptized in 2003 and loved to share his faith. He loved his family and would do anything for them. He is survived by his mother, Lillian James, his sisters: Shirley Brown and Kathleen James; his son, Michael James II (Nydia Chambers); his two grandchildren: Nevaeh and Tyaven James; dear friend, Robyn James and many nieces, nephews, cousins and close friends. He was preceded in death by his father, Fred James (2007) and his brother Marcus James (1993). Michael will be greatly missed by all who love him. “But as for me, my contentment is not in wealth, but in seeing You and knowing all is well between us. And when I awake in heaven, I will be fully satisfied for I will see You face to face.” Psalm 17:15 Reception to follow services at Community Room at Hacienda Vallecitos: 736 Center Drive, San Marcos, California, 92069

In lieu of flowers, the family has asked that you consider donating to Michael's Go Fund Me account: https://www.gofundme.com/2ff8tapm Michael James, 56, passed away August 4, 2016. Michael was born January 27, 1960, in Boston, Massachusetts... View Obituary & Service Information

The family of Michael "Jesse" James created this Life Tributes page to make it easy to share your memories.

In lieu of flowers, the family has asked that you consider donating...

Send flowers to the James family.