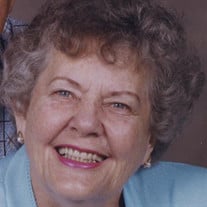 Marion Elizabeth (Conlin) Zombolas June 1,1926 – November 12, 2016 Valley Center – Marion (90) Beloved Wife, Loving Mother, Grandmother, and Great Grandmother passed away November 12, 2016 in Escondido, CA. Marion was born in Philadelphia, Pennsylvania on June 1, 1926. She fell in love with James Zombolas, the son of the corner grocery store owner where her family shopped. They met while he was home on leave from the Marine Corp. After a three year courtship, they married on June 25, 1949. Marion and Jim, along with their five children, moved from Pennsylvania to Florida in 1964 when he was hired by IBM and worked at Cape Kennedy. In 1970 IBM transferred Jim to Maryland after the last Apollo Space launch. When he retired in 1985, the two moved to warm and sunny Southern California, where they have remained. Marion was a devout Catholic who thanked God for her many blessings. It was prayer and her strong faith that saw her through life’s difficult times. She loved being with people, and everyone loved being around her. She enjoyed talking to everyone, whether they had just met or had known each other for years. Throughout their 67 years of marriage, Marion and Jim enjoyed doing many things together, such as shopping, eating out, and especially travelling. Family meant everything to Marion, and her happiest times were those spent with her family. She will be especially missed for her laughter, her sense of humor, and the joy she found in everything she did. Marion is survived by her husband Jim, her children, Carol & Peter Cruikshank, Paul & Kathy Zombolas, John & Nancy Zombolas, Janet & Ed Kilpatrick, and Diane & Bob Taylor, along with her 12 grandchildren and 15 great-grandchildren. A Funeral Mass will be held on Monday, November 28, 2016 at 11:00 AM at Church of the Resurrection in Escondido, CA with a reception immediately following in the church hall. Burial will take place on Tuesday, November 29, 2016 at 2:00 PM at Miramar National Cemetery. In lieu of flowers, the family requests donations in her memory to the Church of the Resurrection New Church Building Fund, The Elizabeth Hospice, or your favorite charity.

The family of Marion Elizabeth Zombolas created this Life Tributes page to make it easy to share your memories.

Send flowers to the Zombolas family.