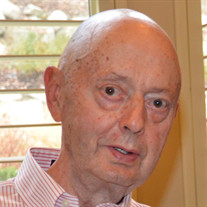 Lon Godfrey Rothey died on September 26, 2017 in Escondido, California at the age of 75 after a courageous struggle with Parkinson’s Disease. Lon was born the first of 2 boys on April 30, 1942 to Florence Albright Liebert and Leonidas Godfrey Rothey Jr. in Pittsburgh, Pennsylvania. He graduated from Ogden High School in 1960 and from BYU in 1967 with a BS in Marketing. He served in the Eastern States LDS Mission from 1961-1963. On April 1, 1966 he married Lynne Allsop in the Saint George, Utah LDS Temple and enjoyed 51 years of marriage. Together they served an LDS mission in the Washington D.C. Temple. Lon was a loving father to four children Rick (Amie Carlson), Nicole (Bryan Richardson), Chris (Miriam Stenfors), and Keri (Evan Hatch). Lon worked as a financial advisor for 44 years. He gave the stock report on television and radio and served on the Rotary board for a time. He served as an LDS bishop, a high councilor, and was a devoted home teacher. He loved his children and grandchildren, supported them in their activities and athletics, enjoyed his orange grove, was a gourmet chef and caterer, a dedicated BYU football fan, and had a witty and dry sense of humor. He enjoyed fishing with his father and brother and taking his grandkids to the fish hatchery near his cabin. He lived abroad and traveled the world with Lynne, and was full of love for all. Lon was preceded in death by his father, Lon, and his mother, Florence. He is survived by his wife, Lynne, four children, 15 grandchildren, and his brother, Louis Liebert Rothey (Jeri Macfarlane). Funeral services will be held at 1:00pm on Saturday, October 7, 2017 with a viewing from 11:30-12:30 at the Church of Jesus Christ of Latter-day Saints Felicita Stake Center, 2255 Felicita Road in Escondido, California. A viewing will also be held Friday evening, October 6, 2017 at Alhiser-Comer Mortuary, 225 S. Broadway in Escondido from 6-8pm. A memorial service and interment will be held Monday, October 9, 2017 at 2:00pm at Larkin Sunset Gardens, 1950 East Dimple Dell Drive (10600 South) in Sandy, Utah.

Lon Godfrey Rothey died on September 26, 2017 in Escondido, California at the age of 75 after a courageous struggle with Parkinson&#8217;s Disease. Lon was born the first of 2 boys on April 30, 1942 to Florence Albright Liebert and Leonidas... View Obituary & Service Information

The family of Lon Godfrey Rothey III created this Life Tributes page to make it easy to share your memories.

Send flowers to the Rothey family.