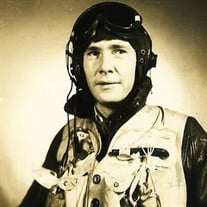 Captain Lloyd L. Montague, USN (Retired) a native of Bishop, California attended the Army Navy Academy at Carlsbad, California during the summers of 1944 and 1945. This enabled him to graduate from Bishop High School in three years and join the Navy’s Flight Training Program at 17. By the age of 21, he had earned the distinguished Flying Cross and five air medals while serving as an attack pilot during the Korean War. During his 32 year Naval career Captain Montague was awarded over 25 U.S and Foreign Medals and decorations including the U.S Legion of Merit. He served sea duty tours in the Carriers Valley Forge, Princeton, Shangri-La, Bennington, Midway and Oriskany. Aviation shore assignments included the Bureau of Naval Weapons and as an Advanced Flight Instructor in Fleet Attack Aircraft. He was very proud that all 24 of his students received their wings as navy carrier pilots. In 1963, Captain Montague became an intelligence specialist. After Vietnam service he served as Senior Evaluator of Operational Planning and Intelligence during the operational readiness inspections of all Pacific Fleet Carriers deploying to the Vietnam War from 1965 to 1968. Subsequent intelligence assignments were the Nuclear Weapons Training Center, Pacific; Chief of the Weapons Department, Navy Scientific and Technical Intelligence Center and the Defense Intelligence Agency (DIA). At this agency he served in the Intelligence Directorate as Chief of the Operations Branch, Soviet Warsaw Pact Division and later as Chief of the Navy Branch in the Scientific and Technical Directorate. In 1975 he was assigned as Commanding Officer of the Navy Unit at the Lowry AFB School of Applied Aerospace Science where he also served as Deputy Chief of the Armed Forces Air Intelligence Training Center. Captain Montague’s last assignment was as Deputy Director of Intelligence for the U.S European Command in Stuttgart, Germany. Since his retirement in 1977 he has resided in the Serra Mesa area of San Diego. Captain Montague was a graduate of the University of Southern California and the Navy Post Graduate School. He was preceded in death by his wife of 55 years Virginia R. Montague in 2006. He is survived by his daughter, Annette Davidson of Yakima, Washington and Anita Hissem of San Diego, and three grandsons. Interment will be at the family plot in Bishop, California on March 12, 2020.

Captain Lloyd L. Montague, USN (Retired) a native of Bishop, California attended the Army Navy Academy at Carlsbad, California during the summers of 1944 and 1945. This enabled him to graduate from Bishop High School in three years and join... View Obituary & Service Information

The family of Captain Lloyd L. Montague created this Life Tributes page to make it easy to share your memories.

Send flowers to the Montague family.