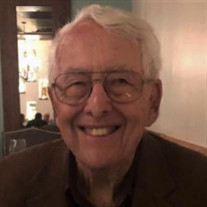 Dr. K. Allen Foucar (Al) died peacefully at home in Escondido, California of natural causes at age 93. He was born January 20, 1928 in Philadelphia, PA to Kenneth W. Foucar and Dorothea Foucar (Allen). He was raised in Mt. Holly, NJ by his mother in her parent’s home. He and his mother moved to Cody, WY. He went to High School at Rancocas Regional HS, Judson School for Boys in Scottsdale, AZ and graduated from Moscow High School in Moscow, ID. After serving in the Marine Corps, Al returned to Moscow to attend the University of Idaho. He played football for the Vandals for one memorable year. He was a proud Kappa Sigma and his fraternity brother, Max Glaves (also a longtime Escondido resident) was the quarterback. He received a BS in Forestry. But most importantly he met Barbara Rydell, who was studying nursing at Sacred Heart in Spokane. They met on a blind date arranged by Max and his future wife Jean. Three Kappa Sigs met three nursing students, there was a coin flip and Al lost, but ultimately won everything. Al and Barbara were married and spent 62 years as partners until her death in 2015. After working for the Bureau of Land Management in Montana they decided on a career change to teaching. Al earned a MA in Education and Counseling from the University of Montana. He started his career at Missoula County High, then moved with Barbara, and daughters, Diane and Suzanne to Chandler, AZ. Their son Donald was born in Arizona and Al began work on his Doctorate of Education (Ed.D), which he earned from Arizona State University. In 1961, the family moved to Ramona, CA where Al served as Vice-Principal, acting Principal and acting Superintendent. In 1962, they moved to Escondido, where Al began his career in the Escondido Union High School District as Vice-Principal of the brand-new Orange Glen High School. He moved to Escondido High School as Principal in 1966. All three of his children graduated from Escondido High School. He became Principal at San Pasqual High in 1976 and his last graduating class was 1983. He concluded his career as Director of Personnel for EUHSD. He was passionate about public education and loved his students and staff. Al served as a US Marine and was in the US Air Force Reserve for 14 years. He was on the Escondido Parks and Recreation Commission. He was a docent at the San Pasqual Battlefield. He joined the Rotary Club of Escondido in 1964 and believed strongly in their mission: Service Above Self. He was proud to serve as President, participate and enjoy the fellowship for 56 years. In 1977 Al picked up a camera and documented the next 30 years oh so very well. After retirement, Barbara and Al spent summers in Seeley Lake Montana. They continued to travel, visiting friends and family across the United States and around the world and playing golf. Al and a group of like-minded golfers worked tirelessly to bring a golf course to Seeley Lake and that effort was rewarded with the opening of the Double Arrow Course in 1994. His last round was March 31, 2021 at Oaks North with his son Donald, daughter Suzanne and Suzanne’s brother-in-law, Bob. Al loved deeply and was deeply loved by his family and friends. He is survived by children: Diane (Reg) Foucar-Szocki, of Harrisonburg, VA; Suzanne Shipley Foucar of Escondido, CA; Donald Foucar of Helena, MT. Grandchildren: Jonathan (Lindsey) Foucar-Szocki and great grand-children Harper, Cameron and Sloane of Arlington, VA, Katy Foucar-Szocki of Richmond, VA; Amanda Huey of Atlanta, GA; Alex Huey of Austin, TX; Natalie Wood-Foucar and great grandson Mason Benson of Helena, MT and Camille Wood-Foucar of Bellingham, WA. and all those who loved him as Uncle Al. In his honor, please support your local public schools. He supported the Escondido Community Foundation; the Seeley Lake Community Foundation and the Rotary Foundation. A memorial event will be held in Seeley Lake, MT on July 3, 2021. The family is at home at 780 Chestnut St. Escondido, CA 92025 Keep Up The Good Work!

Dr. K. Allen Foucar (Al) died peacefully at home in Escondido, California of natural causes at age 93. He was born January 20, 1928 in Philadelphia, PA to Kenneth W. Foucar and Dorothea Foucar (Allen). He was raised in Mt. Holly, NJ by his... View Obituary & Service Information

The family of Kenneth Allen Foucar created this Life Tributes page to make it easy to share your memories.

Send flowers to the Foucar family.