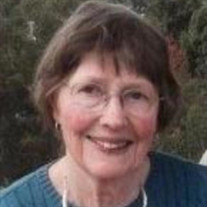 Not sure what to send?

Born in New York City (Queens) to Marguerite and Earl Massey, Kay was raised in Rye, NY. Following graduation from Rye High School, she entered Elon College in North Carolina, where both her parents attended. Her sophomore year, she transferred to the University of New Hampshire. Her family had a summer home in New Hampshire, so she was able to enjoy in-state tuition! She met her future husband, George Lyon, while they were both donating blood. After graduation and upon George’s return from the Korean War, they were married on January 21, 1956 and lived in Nashua. NH. Son Steve and daughter Amy were born soon after in Haverhill, MA. The family made several moves with George’s career: Buffalo (Williamsburg, NY), Rochester (Canandaigua, NY), Boston (Milford, NH), and Chicago (Wheaton, IL), followed by retirement near family in Menifee and then Escondido, CA. She thrived everywhere she lived and loved her career teaching special ed in both New Hampshire and Illinois. Kay enjoyed tennis, swimming, fishing, camping, RVing and dollar stores. She liked anything military, Washington DC, and visiting Army posts with George. Affiliations include the Alpha Zee Delta sorority, Ladies of the Ribbon, several “Newcomers” clubs, and the Oasis Sunshine Club. Survivors include husband George, son Steve (Jill) of Minnetonka, MN, daughter Amy (Joe) La Jolla, CA. Grandchildren Brad (Ashley) McAtee, Encinitas, CA and Lindsey (Alexander) Graham, San Diego, CA. Great-grandson Dean McAtee, and brother-in-law Giles Walker of Helena, MT. She is preceded in death by her parents, brother, Stephen Massey, and sister, Martha Ann Walker. Kay was known for: Being a good friend to so many people Always having a smile Being a good sport and always up for everything A ceaselessly positive attitude complemented by a sense of wonder and appreciation Never having a gray hair She would visit stores daily, and remained loyal to W.T. Grant, A and P, Montgomery Wards, all to the very end. When on her walker, she could beat Usain Bolt, the greatest sprinter of all time, in a foot race. Good thing it had brakes! Going for a swim in the pool 2 hours before Amy's wedding began A couple of gems from some medical evaluations: Kay, who is the president? TRUMP! And we like him! Kay, what day is it? What day do YOU think it is? Enjoying a martini A most loving mother and grandmother Being George’s best friend and better half Memorial suggestions: If you are able, give blood, or make a donation to the American Red Cross.

The family of Kay Massey Lyon created this Life Tributes page to make it easy to share your memories.