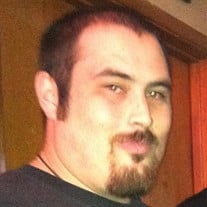 Joshua James Silva, passed away on Wednesday, March 21, 2018 in Colorado Springs, CO, a place he and his little dog, Lucy, loved to visit. Josh was a life-long resident of San Diego, California. He was co-owner and operator of Coastal Moving, a San Diego based moving company, which Josh continued to run following his father’s passing. Josh was born in San Diego, grew up in Point Loma, and attended Point Loma High School where he played both baseball and football. In his youth, he played baseball for Peninsula Little League where his father was president of the league. These years were some of the most joyful for Josh. It was during these years of baseball that Josh met so many of his friends, which still remain close to him today. Josh enjoyed tennis, golf, hiking, camping, and taking long road trip with his little Lucy. He loved to travel and take in the beauty and peace of nature. Josh played guitar and had a passion for music, specifically, Van Morrison, Jimmy Hendrix, and Hank Williams. Josh was deeply loved by his family and friends. His smile was bright, his laugh contagious, his stature mighty and his soul gentle. He was witty, sincere, extremely intellectual and always humble. He had a gentleness and tenderness that those closest to him recognized and cherished. He will be loved and missed forever by all that knew him. He is survived by his mother, Jackie and step-father Paul Freeman, his brother Joseph “Joey” Silva, his Uncle Ralph and Aunt Toni Silva , his Aunt Cathy and Uncle Arnie Neves, cousins Chase and Garret Decker and wife Angel, his Aunt JoAnn Silva, his Aunt Jessica and Uncle Ernie Wright, cousins Justin, Sterling, and Sally Gietzen, and his step-grandmother Linda Silva. He is preceded in death by his father, Brad Silva and his paternal grandparents, Ralph and Evelyn Silva and his maternal grandparents, Joseph and Sally Silva. Josh loved his furry companion, the little dog Lucy, who brought him joy and love. She will remain a member of the family living with Aunt Jessica and her family. Because of his love for animals, in lieu of flowers, Josh would want a donation made to Rancho Coastal Humane Society, 389 Requeza Street, Encinitas, CA 92024, Phone: (760) 753-6413, Fax: (760) 753-6664 To make a donation, go to: https://rchumanesociety.org/give/in-memory-of/ A Celebration of Josh’s Life will be held at 11:00 a.m. on Saturday, April 7, at St. Agnes Church, 1140 Evergreen St, San Diego, CA. Interment following at Holy Cross Cemetery, 4470 Hilltop Dr, San Diego, CA, with a reception to follow at Holiday Inn Bayside-Bar 4675 North Harbor Drive San Diego, CA 92106.

Joshua James Silva, passed away on Wednesday, March 21, 2018 in Colorado Springs, CO, a place he and his little dog, Lucy, loved to visit. Josh was a life-long resident of San Diego, California. He was co-owner and operator of Coastal Moving,... View Obituary & Service Information

The family of Joshua James Silva created this Life Tributes page to make it easy to share your memories.

Send flowers to the Silva family.