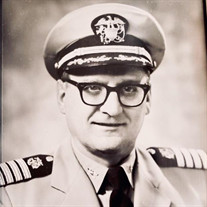 Passed away peacefully on Saturday, October 20, 2018 at his residence in Escondido, California. Born on October 5, 1922 in Chisholm, Minnesota, Joseph (Joe) was the only son in a family of six children. He was a graduate of Chisholm High School (class of 1942), the University of Minnesota – Duluth (cum laude in 1951) and the University of Maryland (Masters in 1953, PhD in 1961). Joe’s life in public service began when he enlisted in the US Army at the age of eighteen. While in the US Army Air Corps, he served as a skilled bomber aircraft battle damage repair and engine maintenance specialist in the 3rd Strategic Air Depot at Watton, England from 1942-1945. Upon finishing his doctorate degree, Joe served as a commissioned officer in the uniformed service of the U.S. Public Health Service for a total of 26 years, retiring in 1998 at the rank equivalent to a Navy Captain or Army Colonel. During his Public Health Service career, Joe was a senior staff member of the National Institutes of Health, evaluating and overseeing research grants in the areas of mental health and human development. Joe met the love of his life, Jean Webster, in high school. They married in 1948 and shared a loving and tender life together for sixty-nine years, until Jean’s death in 2017. Truly inseparable, Joe and Jean led a remarkable life filled with travel, close friendships and many memorable adventures with family and friends. They travelled widely throughout the United States, Canada, and Europe. During their marriage, Joe and Jean lived in Hibbing and Duluth, MN; Superior, WI; College Park, Rockville and Gaithersburg, MD. In 1998, they retired and moved to Escondido, CA. Joe’s eclectic appetite and adventurous tastes in food were legendary in his family. He was a kind and thoughtful uncle to numerous nieces and nephews. He was preceded in death by his parents, Julius and Mary (Perelli), his wife Jean, sisters Kate, Elizabeth (Lee), Alyce, and Roseann. Joe is survived by his sister, Elsie Youmans of Lexington, KY. In honor of Joe’s request, no formal viewing or service will be held. He will be interred with his beloved Jean in the Veteran’s cemetery at Miramar, CA.

Passed away peacefully on Saturday, October 20, 2018 at his residence in Escondido, California. Born on October 5, 1922 in Chisholm, Minnesota, Joseph (Joe) was the only son in a family of six children. He was a graduate of Chisholm High School... View Obituary & Service Information

The family of Joseph Marches created this Life Tributes page to make it easy to share your memories.

Passed away peacefully on Saturday, October 20, 2018 at his residence...

Send flowers to the Marches family.