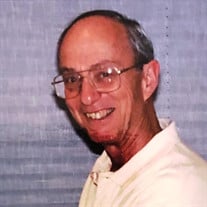 John Henry Zickgraf (Jack), 85, of Escondido, CA, died on Wednesday, March 10th. Jack was born on January 16th, 1936 to Henry and Lucille Zickgraf in San Diego, CA. After graduating from Saint Augustine High School in 1953, he went on to study at Santa Clara University where he graduated with a Bachelor’s Degree in Electrical Engineering in 1957. He continued his education, completing a Master of Science in Electrical Engineering at the University of Southern California in 1960. After graduation, he landed his first job at Boeing in Seattle, WA, beginning a long career in the aerospace industry as an electrical engineer, specializing in electromagnetic design, analysis and testing. While attending Santa Clara, he met Joanne Moriarty on a blind date. They married in 1958 and raised four children. From camping and hiking to sailing or simply “puttering” around the yard, Jack enjoyed spending time outdoors. For many years, he enjoyed sailing his Venture-17 sailboat on San Diego Bay, occasionally entering races as part of a local sailing club. Following his retirement, he and Joanne were able to travel more, as they finally visited together some of the places where his work had taken him during his career, including New Mexico. They also enjoyed trips to Australia and New Zealand and cruises to Hawaii, Alaska and through the Panama Canal. He also spent time building a model railroad in their garage as he pursued his love of all things related to trains. Jack was a long-time parishioner at San Rafael Church in Rancho Bernardo where he was a member of the Knights of Columbus and served as an usher. Jack is predeceased by his parents. He is survived by his wife, Joanne; his children, Kathleen Zickgraf, Barbara Findley (Bill), John Zickgraf, Jr. (Margaret Kasimatis) and Colleen Zickgraf (Elaine Mandato); his three grandchildren, Andrew Findley, Alexa Findley, Kelly Findley; and his sister, Therese Zickgraf. In lieu of flowers, the family asks that a donation be made in John’s name to one of the following: • San Rafael Church, 17252 Bernardo Center Dr, San Diego, CA 92128-2086 or • St. Jude Children’s Research Hospital (www.stjude.org)

The family of John "Jack" Henry Zickgraf created this Life Tributes page to make it easy to share your memories.

Send flowers to the Zickgraf family.