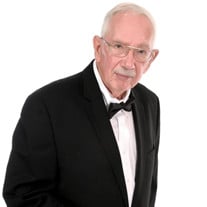 John Coalmer Conklin was born on June 24, 1941, in Jackson, Michigan. He went to Elementary and High School in Jackson and graduated from the University of Michigan in Ann Arbor with a B.A. degree in Physics. He later earned a Master’s in Physics from the University of Albuquerque in New Mexico and a Master’s in Electrical Engineering from the University of Southern California in Los Angeles. John served in the Air Force at Kirtland Air Force Base in Albuquerque. While there he met Faith. After several years of dating, they were married on March 22, 1968, and have been husband and wife for 53 years. They moved to California the following fall so Faith could attend Seminary. Marrying an ordained United Methodist clergyperson hadn’t been in John’s plan. From the beginning, he was a consistent supporter of her ministry at every level and was actively engaged in each Church they served. John’s primary career was in Aerospace and Computer systems. He was a Systems Analyst. When he first arrived in CA, he briefly worked for Computer Science Corporation and then for Aerojet General and Northrup Grumman. He retired after more than forty years. John was baptized and raised in the Methodist Church. He had a passion for Church History, Biblical archaeology and scholarship, the life and writings of John Wesley, and Methodist history. He led Church School classes in them all. He was an active member of the American Cryptogram Society under the name, “Starfish”. He’s been a member of the IEEE Society for over 47 years. John was a life-long learner and a patient teacher. He tutored youth and young adults in Math, English, and Geography helping several of them graduate. He was a prolific writer and an imaginative storyteller. He took several writing classes and belonged to a Writers Group during which time he authored several screenplays and short stories. He attended plays, operas, symphonies, and concerts throughout his life. John played tennis and chess for many years, was a good bridge player and taught his children and grandchildren to play checkers. John’s favorite form of travel was cruising. He and Faith made trips to Alaska and Mexico several times and also visited Hawaii, New Zealand, Australia, Tahiti, and the Caribbean. John had a wonderfully wicked and wry sense of humor. He told jokes and outrageous stories with a straight face and never gave away the punch line. He also never let a good pun go unspoken. John died on May 18, 2021. He is survived by his wife, his daughters Charity-Jean (Sean Adams) and Joyanna (Jon Sanchez), his grandchildren, Janelle, Jonas, and Seraphina. His surviving family also includes his sister Molly Turner, his niece Alicia (Michelle) and his nephew Geoff. John was a good, generous, godly and gracious man. He was a gentleman in the best sense of that word. He was deeply loved and he will be greatly missed. We pray for him John Wesley’s hope: The best is yet to be! A Service celebrating John’s life will be held on Saturday, June 26 at 10:30 am at the S Encinitas, CA 92024. The service will also be livestreamed and posted as a video at www.Encinitaschurch.com Donations in John’s may be made to: The Faith and John Conklin Ministry Scholarship at Claremont School of Theology or a Charity of your choice

John Coalmer Conklin was born on June 24, 1941, in Jackson, Michigan. He went to Elementary and High School in Jackson and graduated from the University of Michigan in Ann Arbor with a B.A. degree in Physics. He later earned a Master&#8217;s... View Obituary & Service Information

The family of John Coalmer Conklin created this Life Tributes page to make it easy to share your memories.

Send flowers to the Conklin family.