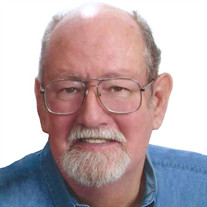 John (Jack) Burns was born in Minnesota in 1945. He passed away at home on February 13, 2015. He is survived by his wife, Bettye; their children, Erin Hegedus and John R. Burns III; and three grandchildren, Donovan Burns, Cassidy Burns and... View Obituary & Service Information

The family of John "Jack" Burns created this Life Tributes page to make it easy to share your memories.

Send flowers to the Burns family.