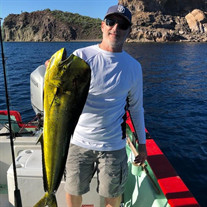 Jennings Franklin Worley III was born June 4th, 1958 in Washington, DC and grew up in Forestville, Maryland. Jennings was a beloved father, husband, son, brother, friend, scientist, but most of all he was an exemplary man and human being. He was lovingly married with unquestionable loyalty to Teresa, “Terry”, for 34 years and had two children, Alex and Lauren. He is survived by his wife and two children, parents Pauline and Jennings F Worley Jr, brother Daniel Worley, brothers and sisters in law, nieces and nephews. Jennings lived by his truest virtues of free-spirited passion for life, “seeking knowledge”, pursuit of challenges, love of collaboration and team work, and a complete devotion to his loved ones. He received his Bachelors of Science at University of Maryland College Park and pursued his studies in Molecular Biology at the University of Maryland Medical School, achieving a Ph.D. in Electrophysiology by age 26. He continued his post-doctoral work at the University of Miami and the University of Vermont under Mark Nelson, Ph.D. in cardiac studies. His first faculty position was at West Virginia University as Assistant Professor in the Department of Pharmacology. After several years he moved into the private sector at GlaxoSmithKline in North Carolina, continuing his work in cardiac studies and branching into other diseases like diabetes and cancer. During this time, he was a scientific consultant with bio-engineering companies. He contributed and is named in multiple drug discovery and bio-engineering patents. In 2004 he and his family moved to San Diego, California to join Vertex Pharmaceuticals where he dedicated the last 16 years of his life. Every decision in his life, small or large, was fueled by his intense devotion and passion for all things he loved. It is this initiative that inspired his career at Vertex. He became a leading scientist in the drug discovery field through determination to “work the problem” passionately and inquisitively, and rose quickly into mentorship roles, inspiring his teams to always “seek knowledge” in new and innovative ways. His team’s work at Vertex led to many revolutionary drug discoveries and medicines in the company’s main focus, Cystic Fibrosis, saving many lives from the threat of this disease. As Senior Director of Discovery Core, Jennings was proud of the people he worked with and always celebrated the team's accomplishments in all the company’s fields of research. One of his greatest joys was to witness the multiple CF patient success stories of the medications he helped create. He often shared with pride testimonials from patients with everyone in his life. Jennings will be remembered by the experiences he shared with the people he loved: enjoying Chesapeake Bay Blue Crabs with globs of Old Bay at “the Property” in VA, cherishing Baja camping trips with his close friends, exploring Loreto with family and friends, the simple joy of being on a boat, the obsession with Yeti coolers, connoisseur of Stone Beer and good Bourbon, a good Cuban cigar, one on one trips to Petco Park with his son Alex to enjoy Padres games, a secret fondness for his two dogs, complete knowledge of the Star Wars universe, and his love for the challenge and thrill of cycling. More than anything, his favorite place in the world was sitting in his backyard next to the fire with a bourbon in one hand, cigar in the other, dog on his lap, and his wife, family, and friends beside him, speaking to the ups and downs of life. His family has provided a link to donate to the Cystic Fibrosis foundation in his name. https://give.cff.org/tribute/JenningsWorley

Jennings Franklin Worley III was born June 4th, 1958 in Washington, DC and grew up in Forestville, Maryland. Jennings was a beloved father, husband, son, brother, friend, scientist, but most of all he was an exemplary man and human being.... View Obituary & Service Information

The family of Jennings Franklin Worley III created this Life Tributes page to make it easy to share your memories.

Send flowers to the Worley family.