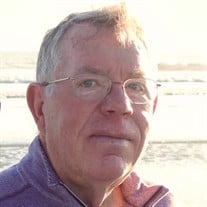 Note: This is written in first person because I am writing it. I James “Jim” “Jimmy” Milton McNair was born to John “Jack” Fulton McNair and Barbara Ella (Moreland) McNair on December 10, 1942. I passed away surrounded by family on December 4, 2020 after an extended battle with lung cancer. I lived on the family farm until my father was drafted into the Navy during WWII. Our house was moved into Imperial, Nebraska where my Mother and I , and later my brother, lived until the end of the war. After my father was discharged from the Navy we moved to the family farm and my grandparents moved to the house in Imperial. I attended 1st grade at District 38 and completed grade school at District 14. After graduation from the 8th grade I went to Chase County High School where I graduated in 1960. I went to the University of Nebraska from 1960 to 1965 when I graduated with a Bachelor of Science in Chemical Engineering. After graduation I worked as a nuclear engineer at the National Reactor Testing Station near Idaho Falls, Idaho. While living In Idaho Falls I met my wife Judith “Judy” Ann (Hingsberger) and we were married on September 3, 1966. We were blessed with two children born in Idaho, Sean and Kelli. In July 1972 I accepted a job with General Atomics in San Diego as a nuclear engineer and a project manager. I worked at General Atomics until 2004 when I retired and enrolled in law school. During that time Sean married Narriman and had one daughter, Katalin. Kelli married Dan Major and had two children , Troy and Heather. I officiated at both marriage ceremonies as a Deputy Marriage Commissioner. I graduated from law school in 2006 and passed the California Bar exam in February 2007. I practiced law for 10 years including serving as a “Pro Tem” small claims judge and traffic court judge. Judy and I loved traveling in our later years. We were able to visit all 50 states, all 7 continents and over 60 foreign countries. I have always had a passion for photography and woodworking. I also was on the Escondido Planning Commission in Escondido, California. I was preceded in death by my parents, John Fulton McNair on May 27, 1976 and Barbara Ella McNair on March 7, 2015. I am survived by my soul mate of 54 years Judith Ann McNair, two children: Sean and Kelli, their spouses: Narriman and Dan, and three grandchildren: Katalin, Troy, and Heather, and brother John Terence McNair as well as many nieces and nephews. 2020 and COVID along with cancer changed the way I lived my life. Though I did not have COVID, it definitely altered activities I would have planned up to this time. My family will not be having a service for me because of COVID restrictions. My ashes will be scattered in Nebraska by my family at a later date.

The family of James Milton McNair created this Life Tributes page to make it easy to share your memories.

Note: This is written in first person because I am writing it.
I...

Send flowers to the McNair family.