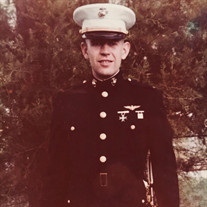 James Perry Jones, 85, passed away unexpectedly on Monday the 24th of August at home in Escondido, California. He is survived by his wife of 57 years, Janet Jones, his son and daughter in-law, Chris Jones and Sunny Allen, and his two grandchildren, Charlotte and Griffin Jones. He is also survived by his sister, Marilyn Dale and her three sons, Jeff, Curt and Andy. A celebration of Perry’s life will be planned for a later date. Perry will be remembered by many as a great friend and the life of the party. He was always ready with a joke or funny observation and, if the time of evening was appropriate, with a Cuba Libre in hand. But he was also there with help and support when a friend needed it, whether it be physical or emotional. He was truly the glue that held his and Janet’s many groups of friends together. His sense of humor will certainly be remembered by his family as well. Sometimes with a groan but more often with a chuckle. And he’ll be remembered as a devoted husband and supportive father and grandfather. Perry had a passion for cooking. Completely self-taught and rarely following a recipe, he liked to reverse engineer dishes that he’d had at restaurants. His friends and family will recall being at times guinea pigs for his culinary experiments, but more often being treated to his wonderful meals. Perry grew up in Whittier, California on an orange ranch with his mother Lena Jones and his sister Marilyn. He attended The University of Denver on a swimming scholarship. Perry, or JP as he was known by his squadron, was extremely proud of the time he spent as a helicopter pilot in the Marine Corps. That experience not only shaped the crew cut he continued to wear for years post service, but also the man he grew to be; one of discipline, high integrity and with a powerful love of his country. After his military service, he pursued a career in banking. The discipline and integrity that he gained in the Marines served him well as a commercial lender and business leader. After he retired, he and Janet split their time for twenty plus years between San Diego and Flathead Lake in Montana. Perry was active in the communities of both locations both socially and civically. He will be greatly missed by family and friends alike. In leu of flowers, please consider a donation to the Semper Fi Fund, semperfifund.org

James Perry Jones, 85, passed away unexpectedly on Monday the 24th of August at home in Escondido, California. He is survived by his wife of 57 years, Janet Jones, his son and daughter in-law, Chris Jones and Sunny Allen, and his two grandchildren,... View Obituary & Service Information

The family of James Perry Jones created this Life Tributes page to make it easy to share your memories.

James Perry Jones, 85, passed away unexpectedly on Monday the...

Send flowers to the Jones family.