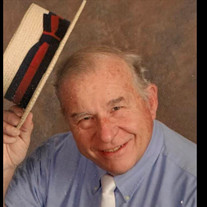 James Frederick Joseph Butkis, 79, died March 7, 2022, at Palomar Hospital in Escondido, CA. He was born in Bronxville, New York on February 26, 1943 to Anita and Albert Butkis. He grew up in Larchmont and Port Chester, NY. He graduated from Archbishop Stepinac High School in 1960 and received Bachelor’s and Master’s degrees in Theology at St. Joseph’s Seminary and College in Yonkers, New York in 1964. He met his wife, Margaret Blade, in the summer of 1964 in Puerto Rico, working with the community and learning Spanish. They married in 1967 at Resurrection Catholic Church in Rye, New York. Both were middle school teachers in White Plains, NY. Their daughter Anita was born on January 23, 1969. The family moved two years later to Dayton, Ohio where Jim worked for NCR as a computer programmer and manager. Given the opportunity to transfer to Panama, the family moved there from 1971-1974. In 1974, the family moved to Escondido, CA. Both Jim and Margaret were very active at Resurrection Catholic Church. They cantored the 10:30 mass for 25 years. Jim also worked with the RCIA program and was a member of the Knights of Columbus. Jim would later go on to work at General Dynamics, Qualcomm, and other organizations until he retired in 2003. He had a strong aptitude for languages, which took him on many business trips in Europe and Latin America. After his wife Margaret passed away in 2003, Jim became an active member of the St. Timothy’s choir and contemporary group. He would also serve as a Grand Knight and Faithful Navigator for the Knights of Columbus. Jim is survived by his daughter, Anita Roberts, son-in-law, Bruce Roberts, grandchildren, Gavin and Grace Roberts and cousin, Linda Logue. He was preceded in death by his wife, Margaret Butkis on March 14, 2003. Throughout his life, Jim made a significant impact on many lives. He was great story teller. Many considered him to be quite intelligent and well read. He was passionate about reading and loved to wear hats. He had a great singing voice and could sing both tenor and bass. He loved his family very much, especially his grandchildren. He will be greatly missed, but is at peace and joyfully reunited with Margaret, who he missed dearly. A rosary will be held at 9:30 a.m. on Friday, March 25th at St. Timothy’s Catholic Church in Escondido, CA, followed by a funeral mass at 10:00 a.m.

James Frederick Joseph Butkis, 79, died March 7, 2022, at Palomar Hospital in Escondido, CA. He was born in Bronxville, New York on February 26, 1943 to Anita and Albert Butkis. He grew up in Larchmont and Port Chester, NY. He graduated... View Obituary & Service Information

The family of James Frederick Butkis created this Life Tributes page to make it easy to share your memories.

Send flowers to the Butkis family.