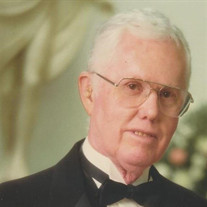 Henry W Witman III (Bill) 1928-2017 Henry (Bill) Witman died on October 10th. He was preceded in death by his Wife of 60 years Betty and his brother Maxey. He is survived his 3 children Karen Woods (Larry Woods), Amy Cook (Ken Cook), and Matt Witman (Kari Witman) and his grandson Tom Witman. Bill was born in Oceanside, California and was raised on the Rancho Santa Margarita (current day Camp Pendleton). It was an idyllic upbringing spent hunting and fishing on the former Spanish land grant Ranch with his brother as his primary companion. He moved to Oceanside in 1942 after the Marines purchased the ranch. He graduated from Oceanside High School class of 1946. After high school he worked and briefly attended community college until he was drafted during the Korean Conflict. He left the army as a 2nd lieutenant. It was while in the army stationed in Augusta Georgia that he met his future bride, a local farmer’s daughter with a college degree. They were married in Tacoma, Washington where Bill was stationed for the rest of his army career. After his time in the army he and Betty moved back to Oceanside to work on his father Harry’s lemon grove and start raising a family. Together with his new partner Paul Sloop their farming business grew. Sloop and Witman farmed as many as 300 acres in the San Luis Rey valley in the 1960’s. It was also in the mid 60’s that the farming operation expanded into the San Pasqual Valley when they planted an orange grove that is still farmed today by his son Matt. Eventually all of the farming was moved to San Pasqual. For a time Bill farmed and pastured nearly 2000 acres in the valley. In 1983 his son Matt joined the farming operation and still runs it to this day. In 2015 grandson Tom joined the operation to help continue the family legacy. Over the years what is now Witman Ranch has grown all types of fruits and vegetables. Currently Witman Ranch still farms citrus and avocados in the San Pasqual Valley. Bill was active in the Episcopal Church. First at Saint Anne’s in Oceanside, and later at Trinity Episcopal church in Escondido. In Between family, career, and faith, Bill and Betty found time to extensively travel the world. They managed to stamp all seven continents on their passports. Bill and Betty learned to ski and scuba dive at 55 years of age, and spent much of their travels pursuing these two hobbies. From penguins to whale sharks, they seemed to see it all. Bill leaves behind a wonderful legacy of family, mentorship, charitable giving, and stories he told along the way that will never be forgotten. To those who knew him, he was an open book, freely giving of his stories, life experiences, and opinions. He was well respected in the Agricultural industry serving on many city, county, state, and university boards. In 2009 Bill was voted San Diego County Farm Bureau “farmer of the year” for his lifelong history of achievements. Though a modest man, he enjoyed the award immensely and gave a captivating speech about the history of farming in the county that was enjoyed by all. We are thankful for the wonderful work of our caregivers as they made Bill’s last years memorable as well. Services will be held at Trinity Episcopal Church, 825 Chestnut St, Escondido on October 19th at 11:00am. There will be reception at the church following the service. In lieu of flowers please make any donations to Trinity Episcopal Church in Bill’s name.

The family of Henry Whitman III created this Life Tributes page to make it easy to share your memories.

Send flowers to the Whitman family.