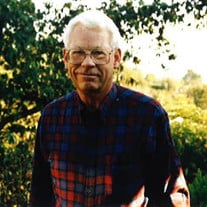 Harvey Beal Atkinson, Jr., 85, passed away peacefully at home on July 3, 2019 surrounded by his family. He was a beloved husband and father, patriot, good neighbor, and community volunteer. He will be missed by the many people who liked and respected him. Harvey was born on December 3, 1933 to Harvey Beal Atkinson and Elvina Gronlie Atkinson in Denver, Colorado. He came into the world with the work ethic of his grandfather Dennis Atkinson, the strength and love of his mother, and the creativity and talent of his father. Raised in Pueblo, Colorado, Harvey attended Centennial High School and completed a year of college at the University of Colorado, Boulder, before accepting an appointment to the United States Naval Academy in 1953. He graduated in 1957 and was assigned to the USS Hancock, US Pacific Fleet, as a surface warfare officer. He met and married Lt Jg (USN) Kathryn Wham in 1959. They had three children Lisa, James, and Leslie. After leaving the Navy in 1961, Harvey worked as a sales engineer for Solar Turbines, a division of International Harvester. He continued advancing as a sales manager with Solar in Ft Lee, New Jersey until 1977. Harvey met and married the love of his life, Linda Rush, on November 25,1977. They relocated to San Diego in December 1977 and bought their beloved home in Escondido, CA, remaining there for 33 years. Harvey had a career for over 38 years in sales in the electronics sector, retiring as Sales Manager for Westrep San Diego in 1999. Harvey had many interests, including photography and a love of jazz. He was an avid volunteer in the Escondido area. He and Linda pursued a passion for sailing with their friends in the Mission Bay Sunfish fleet for over 20 years. He responded to a lifelong interest in aviation, volunteering 20 years with the Marine Corps Flying Leatherneck Historical Foundation’s Aviation Museum at MCAS Miramar. Harvey also loved building and flying radio controlled airplanes with the Palomar RC Flyers He dedicated many years to the community, volunteering at the Escondido Public Library, Palomar Hospital, and at the Interfaith Community Center. Harvey is survived by his wife of 42 years, Linda R. Atkinson, his daughter Lisa C. Atkinson of Springfield, MO, his son James D. Atkinson, his daughter Leslie C. Burns, husband David Burns and grandson Daniel Burns of O’Fallon, Illinois. Harvey will be memorialized at Alhiser-Comer Mortuary, 225 S Broadway, Escondido, CA on August 6, 2019 at 10:00am, followed by interment at Miramar National Cemetery at 1:30pm. Guests at interment are requested to be at the cemetery by 1:00pm. In lieu of flowers you may make a donation to: The Flying Leatherneck Historical Foundation P.O. Box 45316 San Diego, CA 92145 (Memo on check or other note: In memory of Harvey Atkinson)

Harvey Beal Atkinson, Jr., 85, passed away peacefully at home on July 3, 2019 surrounded by his family. He was a beloved husband and father, patriot, good neighbor, and community volunteer. He will be missed by the many people who liked and... View Obituary & Service Information

The family of Harvey Beal Atkinson Jr. created this Life Tributes page to make it easy to share your memories.

Send flowers to the Atkinson family.