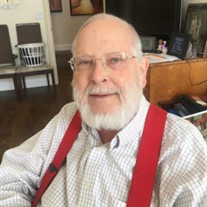 George W Bergstrom, Jr of San Diego County, passed away on November 22, 2020. He was born on July 22, 1938 at Elmhurst, Illinois, son of George W. Bergstrom, Sr. and Eloise Cella Bergstrom, he graduated from schools in Escondido and Vista, CA. and subsequently earned an AA degree from Palomar College and a B.A. in Pol. Sci. from San Diego State University. He then became the first American from the USA mainland to be selected to participate in and complete, a full two year scholarship at the Center for Cultural and Technical Interchange between East and West. Located on the University of Hawaii’s Manoa campus, it was founded by Lyndon B. Johnson, Dwight Eisenhower, the U. S. Congress and the Dept. of State. After completing his graduate studies at the East-West Center, as well as a half-year US Congress & State Dept. research tour in Asia, he was awarded an M.A. degree in Pol. Sci. from the University of Hawaii and the Center. In 1963, he was commissioned an U. S. Air Force Intelligence Officer, and after a posting at the U.S. Dept. of Defense’s Intelligence Center, he was assigned to the staff of the commanding-general of the U.S. Air Force in South Korea at HQ 314 Air Division. Amongst some of his duties there were---presenting pol-military briefings to the commanding-general, acting as liaison-officer with the U.N. Command in Seoul, Korea, the CIA and the South Korea Air Force, Army and Navy. He also participated in an Army-Air Force exchange program at the DMZ between North and South Korea. Additionally, he served as an escort officer for VIP’s visiting the Zone. After his Korean posting he was transferred to the staff of the commanding-general of the Air Force’s Strategic Air Command’s, HQ 5th Air Force. There he served as a pol-military briefing officer to the commanding-general, and prepared a briefing for the U.S. Vice President. Upon completion of this tour, he was honorably separated from the Air Force, and joined the faculty of the University of Maryland’s Far East Division. He subsequently spent two years there lecturing on International Relations and Comp. Govt, in Thailand, Japan, the Republic of China, Okinawa and Viet-Nam. After his time in Asia, he resigned his lectureship, and relocated to England. There he began his longtime desire to pursue post-graduate studies at the University of Oxford. During his time in the Ph.D. program at Oxford, he also lectured in Int. Relations. and Comp. Govt. for the European Division of the University of Maryland, was a U.S. Fulbright Graduate Scholar to India, tutored Pol. Sci. in Oxford, was visiting Lecturer in Int. Relations at the British Naval College and published various articles on British and American topics. Upon the awarding of the degree of D.Phil.(Oxon.)(Ph.D) from the University of Oxford, Dr. Bergstrom returned to his home in California. There he taught International Relations and Comparative govt.at San Diego State University and was the Director of the Charles Hostler Institute of World Affairs of SDSU. Dr. Bergstrom also lectured twice a year for the Study Abroad Program in Oxford, England for ten years, and was officially commended for doing such by a formal resolution passed by the California State Assembly. Upon his retirement from SDSU, Dr. Bergstrom was selected by SDSU’s President, to be the first faculty member to receive the President’s Medal for Outstanding service and dedication to the University and the community. Upon retirement, Dr. Bergstrom, unlike Sherlock Holmes did not retire to Sussex to raise bees. Rather he did live “happily ever after doing as he wished”. He was fond of saying that “Life on “the other side”, might be even more interesting than it is on this side and whose to say it won’t be.” Due to Covid 19 restrictions there will be a private grave side service on December 14th at Oak Hill Memorial Park.

George W Bergstrom, Jr of San Diego County, passed away on November 22, 2020. He was born on July 22, 1938 at Elmhurst, Illinois, son of George W. Bergstrom, Sr. and Eloise Cella Bergstrom, he graduated from schools in Escondido and Vista,... View Obituary & Service Information

The family of George W. Bergstrom created this Life Tributes page to make it easy to share your memories.

Send flowers to the Bergstrom family.