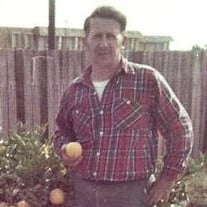 The family of Emil Salvatore Morelli created this Life Tributes page to make it easy to share your memories.

“Yet after brick and steel and stone are gone, and flesh and...

Send flowers to the Morelli family.