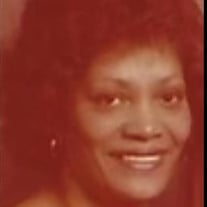 On September 11th, 1935 Dorothea Day was born to Oscar Ferguson and Lillie Mae Briscoe in Edgemere Maryland. The Lord called Dorothea home on December 12th, 2021 at the age of 86. Dorothea was one of fourteen children, nine brothers and 4 sisters, Chelsea, Charles, Marshall, Roland, Edward, Thomas, Curtis, Lester and Roger. Dorothea’s sisters, Marlene, Ruth, Melvina and Beulah. Dorothea was the last surviving sibling of the 14. Dorothea was raised on a farm in Dundalk Maryland. She would explain how her nine brothers would get to eat dinner first as they were the ones working on the farm. She and her sisters would sneak through the farm and eat vegetables. Dorothea went to public school in Baltimore. In 1973, Dorothea and Joseph (spouse) bought a home in Pikesville, Maryland. She always wanted the best for her children. Dorothea was a homemaker for several years raising 6 children and being Grandmother to a host of grandchildren and great-grandchildren. In March of 1980 Dorothea tragically lost her oldest son Michael. Her passion was caring for children and several years later Dorothea started her own Daycare business. In 2011 Dorothea left Baltimore and moved to California to live with her daughter and son-in-law. Dorothea loved music and has been to numerous concerts. Dorothea loved listening to her family play guitar, piano, and sing. At times Dorothea was added to the Karaoke rotation. Another passion Dorothea had was watching her favorite soap operas, game shows and music channels. She would fall asleep with the BET music video channel on every night. Dorothea suffered three strokes in 2008 which left her partially paralyzed on her left side. Although her movement was limited, she still enjoyed dressing up and going out to the Casino. Dorothea spoke to God and Jesus daily and would often refer to God and Jesus in her conversations. Dorothea is survived by her Daughters Maria, Carmen, Linda, Dianne, and Son Joseph, son-in-law’s Oliver, Roderick and fond friend Jesse, Grandchildren Kenny, Cierra, Brianna, Michael, Sydney, Andre, James, Joe, Krissy, Jessica, Justin, Breeze, and a whole other generation of Great-grandchildren. One of Dorothea’s famous quotes was “Put God first and everything else will fall into place”. Rest in Peace Mom, I Love you! Rest in Peace.

On September 11th, 1935 Dorothea Day was born to Oscar Ferguson and Lillie Mae Briscoe in Edgemere Maryland. The Lord called Dorothea home on December 12th, 2021 at the age of 86. Dorothea was one of fourteen children, nine brothers and 4 sisters,... View Obituary & Service Information

The family of Dorothea Day created this Life Tributes page to make it easy to share your memories.

Send flowers to the Day family.