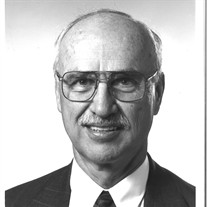 Donald O. Hayen, age 85, passed away in the early morning hours of December 31,2019 after a prolonged struggle with Alzheimer’s. Don was born in Marion, Kansas to Florence and Fred Hayen joining a family of six brothers and one sister. After graduating from Parsons Jr. College and Kansas University Don was accepted to KU Medical School graduating yer in 1959. After joining the Navy, Don would begin a three year Dermatology residency at San Diego Navy Hospital. After having fulfilled his service commitment he would resign from the Navy in 1968 maintaining reserve status until reserve retirement in 1993. In 1970 Don opened private practice, retiring in 1995. In 2004 Don’s wife and daughter became concerned about his health. In 2005 he began treatment for a mild level of impairment using medicines that at the time were being used for Alzheimer’s. Don’s disease decline was very slow. During these years Don took an active part in the San Diego Alzheimer’s Association program offering to speak to any group wanting to learn more about this disease that had no cure. He also wrote a blog titled “the trip over” receiving questions and responses from people in distant countries. He and his wife participated for six years in a UCSD Shiley-Marcos Alzheimer’s Research program and as a last thing he could do to contribute to research, he donated his brain to the UCSD Center upon his death. Don is survived by his wife Jane, daughter Jennifer (John), son Chris (Laura), brother James (Connie), six grandchildren: Kevin, Andrea, Allison, Adam, Justin, and Travis; two great grandchildren: Maverick and Stryker. A Memorial Service will be Saturday , Feb 1 , 2020, at 1:00 p. m. at Christ Presbyterian Church, at Christ Presbyterian Church at 7807 Centella Street, Carlsbad,CA 92009. If you would like to make a donation in Don’s name, please consider these two programs that are focused on helping people learn about this disease and focuses on early detection. San Diego Alzheimer’s Association Center, 5075 Shoreham Place #240, San Diego, CA 92122 or Shiley-Marcos Alzheimer’s Disease Research Center, 8950 Villa La Jolla Drive STE C-129, La Jolla, CA 92037.

Donald O. Hayen, age 85, passed away in the early morning hours of December 31,2019 after a prolonged struggle with Alzheimer&#8217;s. Don was born in Marion, Kansas to Florence and Fred Hayen joining a family of six brothers and one sister.... View Obituary & Service Information

The family of Donald Owen Hayen created this Life Tributes page to make it easy to share your memories.

Send flowers to the Hayen family.