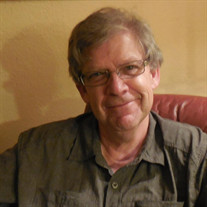 On September 8, 1946 Don Lincoln James was born on the South Side of Chicago into a large constellation of relatives, friends and neighbors who knew and treasured him. His parents, Harold and Alice James, and sister Joyce welcomed him. Don loved books and reading all his life. At a young age he knew he wanted to teach. He graduated from Harper High School in 1964. He Graduated with honors in 1968 from Northern Illinois University obtaining both a Bachelor’s of Science and a Master’s of Art. In 1970, he married Lynn Boufford. A year later they immigrated to Toronto Canada. Don taught at Toronto District Christian High School in a Dutch immigrant community. His work was intellectually stimulating, spiritually challenging and aesthetically pleasing through his superbly majestic handling of the language. In 1973 son Daniel was born and in 1975 daughter Angela. In 1978 the family moved to Escondido. In 1980 Don started a business, Honeycomb Window Cleaning, where he developed many enduring friendships over 34 years. In 1981, Don started as an Eligibility Worker at the Escondido Office of the County of San Diego Department of Social Services. In 1992, Don was promoted to Eligibility Supervisor in the same office. In 2001 Don was promoted to Trainer at the Training and Development Center in Kearny Mesa. On September 24, 1995, he married Marcia Shaw in Rancho Santa Fe. In 2010 Don retired from the county. Don and Marcia enjoyed travel and time spent with family. Don continued to be a dedicated scholar. Don was a devoted husband, devoted father, proud grandfather, avid gardener, deep thinker, prolific poet, remarkable wordsmith, dedicated baseball fan, loyal football devotee, voracious reader, family historian, experienced world traveler, long-time animal lover, capable chess player, reliable neighbor and friend. He was diagnosed with Alzheimer’s an insidious disease, but maintained his gentleness and sense of humor right to the end. He passed peacefully in his sleep on Sunday April 3, 2022. Don was preceded in death by son Daniel and brother-in-law Les Dobrzanski. He is survived by wife Marcia, sister Joyce, daughter Angela (Darren), grandsons Drake and Keegan and a multitude of family and friends. Services will be held at 11:00 a.m. on April 30, 2022 at California Center for the Arts, Escondido, 340 N. Escondido Blvd.

On September 8, 1946 Don Lincoln James was born on the South Side of Chicago into a large constellation of relatives, friends and neighbors who knew and treasured him. His parents, Harold and Alice James, and sister Joyce welcomed him. Don... View Obituary & Service Information

The family of Don Lincoln James created this Life Tributes page to make it easy to share your memories.

Send flowers to the James family.