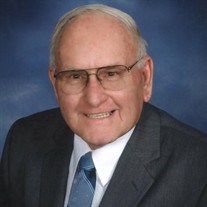 Damian John “DJ” Schulte, 80, passed away peacefully on August 28, 2021 at his home with his wife, daughters and granddaughter at his side. He was born on July 18, 1941 in Victoria, Kansas and is the first born son of John & Amelia “Molly” (Dinkel) Schulte. He married his wife, Alicia Canja Schulte on June 21, 1981 in Escondido, California. From the 9th to 11th grade Damian attended St. Fidelis Seminary in Victoria, Kansas. In 1959 he graduated from Victoria Rural High School. Following his graduation, he began working in construction building homes and helped his father, John, a painter. Soon after he attended mechanic trade school in Kansas City, Missouri and worked for James Motor Company in Hays, Kansas. In 1963 he enlisted in the US Army and was assigned to Army Headquarters Command, 3rd Brigade, 3rd Infantry Division at Fort Aschaffenburg, Germany as a mechanic and wrecker operator. In February of 1968 he moved to Colorado Springs, Colorado working for Park Hill Construction where he again built homes and started his career as a carpenter. During the 1980’s he began working at Lawrence Welk Resort, Escondido, California. He worked there for over 20 years before transferring to Pala Casino, Pala, California as a Master Carpenter until his retirement in 2016. Throughout his life he was a devout Catholic and 40-year parishioner at St. Stephen’s Catholic Church in Valley Center, California. He was a Fourth Degree Knight with Honorary Lifetime Membership with the Knights of Columbus and was an active member for the St. Stephen Counsel 8609, most recently serving as a Warden. Damian is a beloved husband, father, and grandfather. He is survived by his wife of 40 years, Alicia; daughters Melissa Fehling and Alison Schulte; son-in-law Will Fehling; and four grandchildren Alyssa, Natalie, Meleah and Kaiden Fehling. He is also survived by his sister Claudia Hertel of Great Bend, Kansas; sister-in-law Brenda Schulte of Wichita, Kansas; nephews Chris Hertel, Philip Hertel, and Matt Schulte of Wichita; niece Kim Schulte of Wichita; and great-nephews and nieces Jessica Hertel, George Schulte, Braden Schulte, and Ellen Schulte. He was preceded in death by his parents John and Amelia Schulte, sister Carey Schulte, brother Regis Schulte, and brother-in-law Denis Hertel. Damian will be laid to rest at Miramar National Cemetery, 5595 Nobel Drive, San Diego, California 92122.

The family of Damian John Schulte created this Life Tributes page to make it easy to share your memories.

Send flowers to the Schulte family.