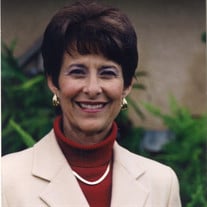 Mother, grandmother, wife, teacher, political activist, Connie Witt passed away quietly Friday morning on April 21, 2017 after battling a number of aliments for several years. She was born on August 6, 1946 in Long Beach California to Jim and Lois Carroll. She attended Poly High School and graduated from Long Beach State University and then later received her Master’s degree from San Diego State University. An absolutely stunning woman, she was a model during college, became a “Song Girl” for Long Beach State and dazzled the judges by being crowned Long Beach’s Miss Welcome in 1973. Originally a physical education teacher at Poly Junior High (Westminster, CA), she found true love with her husband of 42 years and moved to Escondido in 1975 and became a pioneer of so many disciplines within the Escondido School District. When the Escondido school district moved to an intersession school calendar, Connie was asked to design an on-going school camp. She assembled a team of teachers, meeting at her home for planning meetings and led the team to create activities that became the staple of entertainment for hundreds of elementary and middle schoolers to enjoy every time they took a few week short respite from school. The School District change coursed and asked her to redirect her talents. She became the PE teacher at Del Dios and she quickly put forth her creative efforts by creating the first ever “School Olympics.” Meantime, she spearheaded an effort to take as many students as possible to Running Springs for summer camp program. From selling hot dogs to rummage sales which were used to use subsidize the camp fees, Connie was the catalyst of getting things done. Later, Connie continued teaching hundreds at Rose School and then finally finishing at Del Dios Middle School as the lead for the English As a Second Language Program. A fearless and tenacious doer and leader, Connie’s efforts for the betterment of the Escondido community did not go unnoticed. She was instrumental in passing Proposition S to curb the density of building within the community. Connie, neither a die-hard conservative or liberal, she was driven by her independent spirit. She was a staunch advocate for property rights and was steadfast to preserve those rights for each citizen of Escondido. As such, while city council members may have attempted to skirt procedures Connie, a stickler for details, relentlessly argued against the opposition and became a worthy and highly respected adversary. She adhered by the rules set forth of professionalism and demanded that others do the same. She worked tirelessly for what she believed in. She helped to create and served as the first president the Chamber of Citizens. She also served as an officer for a number of organizations like the League of Women Voters and the North County Democratic Club and in fact ran for state assembly in 2002. Apart from her political activism, and die hard commitment to teaching, she provided an onslaught of great traditions. Be it the infamous “cabbage gifts” at Christmas, the annual St. Patrick’s party with friends, or her annual spring pilgrimage to Palm Springs, with her life-long girlfriends, Connie’s creativity was the beacon for others to follow for years. She is survived by her loving and devoted husband, Darrel Witt, her three sons, Buff, Mike, and Kory, her daughter, Tiffani, her brother Tom Carroll, her daughter-in-law, Leslie, and her grandson, Trevor. A celebration of life service will be held on Saturday, April 29 at 1pm at Alhiser-Comer Mortuary located at 225 South Broadway in Escondido.

Mother, grandmother, wife, teacher, political activist, Connie Witt passed away quietly Friday morning on April 21, 2017 after battling a number of aliments for several years. She was born on August 6, 1946 in Long Beach California to Jim and... View Obituary & Service Information

The family of Connie Witt created this Life Tributes page to make it easy to share your memories.

Send flowers to the Witt family.