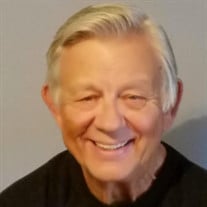 Dr. Charles S. Smith of Valley Center, California died on January 25, 2021 at the age of 83. Born January 7, 1938 in Chicago, Illinois to Arthur Smith II and Frances Smith (Lewinski). “Chuck” Smith attended grammar school at St. Jerome Catholic school in Rogers Park and high school at Loyola Academy in Chicago where he was a standout end for the Ramblers. Although he suffered the loss of his father during the war at age 5, young Chuck’s life was enriched by male role models such as his grandfather in South Bend and his coach/mentor Father Simpson at St. Jerome’s to name a few. Charlie attended the University of Notre Dame where his parents met and married when his father attended and graduated in 1933. He was inspired to enter medicine by the work of the late Dr. Tom Dooley whose humanitarian efforts earned Dr. Dooley an honorary degree at Notre Dame in 1960. Charlie graduated from the University of Notre Dame in 1960 and received his medical degree from Loyola University in Chicago when he met his nursing student bride to be Peggy Skube. Charlie and Peg were married in 1965 and embarked on their journey together in Los Angeles where Charlie interned at Los Angeles County General/USC. Dr. Smith was then drafted to serve in Vietnam as a Captain in the U.S. Army in the medical department of the 36th Evacuation Hospital. After, he returned to specialty training as a Fellow at the Mayo Clinic, Rochester, Minnesota and Harbor/UCLA in Torrance, Calif. The Smith family of eight settled in Escondido, California in 1976 where Dr. Smith practiced cardiology and internal medicine in Escondido and Poway, Calif. for 30 years. Dr. Smith served as Chief of Staff at Pomerado Hospital and for ten years was a Vice President for Medical Affairs for the large Palomar/Pomerado Health system. He was instrumental in initiating their Hospitalist program, the Stroke Unit, a Heart Failure clinic and evidence-based treatment of cardiovascular disorders. For his final two years in full time practice Dr. Smith served the Marine Corps, their dependents and retirees as Cardiology Director at the Naval Hospital at Camp Pendleton, Oceanside, Calif. In 2008, Dr. Smith left full-time practice to see patients at the Indian Health Council’s clinic on the Rincon Indian Reservation where he worked until 2018. Charlie had many loves; his family, his faith, his country, his practice of medicine, his alma mater Notre Dame, golf and football. He was a regular high school football fan from 1984-1991 at Saint Augustine High School in San Diego where all four of his son’s played and again from 2012-2021 when his grandsons Nick, Jack and Max attended. He loved both Notre Dame Football where children Mara 1987 and Steve 1992 graduated and San Diego State Football where son Zach played from 1991-1996. Dr. Smith’s Saturday hospital rounds were often extended due to watching the games with his patients in their room. Charlie was an avid reader of philosophy, theology, economics, and politics and encouraged his children to study the great books at both Notre Dame and the Saint Ignatius Institute at the University of San Francisco where children Ana 1989, Clay 1993 and Brad 1994 graduated. Charlie is survived by his wife of 56 years Peggy, his children and their spouses; Mara Allard (Geoff), Ana Smith Wright (Dan), Stephen Smith (Tami), Clayton Smith (Tabitha), Brad Smith, and Zachary Smith (Natalia), his 18 grandchildren; Nicholas Allard, Katie Allard, Jack Allard, Sarah Allard, Max Wright, Sophia Wright, Nate Smith, Connor Smith, Maggie Smith, Charlie Smith, Caeleana Smith, Carson Smith, Lily Smith, Reghan Smith, Delaney Smith, Charlize Smith, Vincent Smith and Giuliana Smith, and a brother Arthur Smith III of Delavan, Wisconsin. Charlie is predeceased by his parents and grandchildren Sam Allard and Isabella Smith. Charlie’s transition to eternal life will be honored with a traditional Latin mass which he served at as an altar boy and cherished during his youth at St. Jerome in the 1950s. A home Rosary and Visitation will be held 2:30 to 4:30 p.m. on February 10. Visitation information can be obtained from Alhiser-Comer Mortuary Escondido. A Latin requiem mass will be held on February 11, 2021 at 11 a.m. at St. Stephen’s Catholic Church in Valley Center with burial to follow at Mission San Luis Rey in Oceanside. I n lieu of flowers donations can be made in Charles’ honor to The National Shrine of Divine Mercy https://www.shrineofdivinemercy.org/

The family of Dr. Charles S. Smith created this Life Tributes page to make it easy to share your memories.

Send flowers to the Smith family.