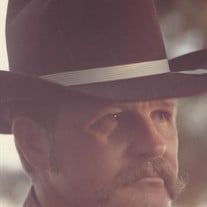 Bob passed away at home in Escondido and went to be with his Heavenly Father on Father's Day, June 18, 2017. Bob was born in Edmore, Michigan June 10, 1928 to Ida and Dewey Willis. Bobwas the youngest of 5 children and was preceded in death by his sister Valerie Middleton, brother Larry Willis, and foster son Tom Trogdon. He is survived by his wife of 59 years, Catherine “Kitty” Willis, his sister Jeanne (Charlie) Gore, brother Lloyd (Esther) Willis, sons Bobby (Terri) Willis, Tim (Dawn) Willis, daughter Cathy (Phil) Bell, and foster children Cathy and Owen Trogdon. He leaves behind 5 grandchildren, 3 great-grandchildren, and many others who called him “Papa” or “Gramps.” Bob came to California in 1948, enlisted in the Army in 1950 with the 40th Infantry Division and subsequently served in the Korean War. He was a member of the American Legion Post 149 for 60 years. He was sworn in as a deputy sheriff of San Diego County and served in that capacity for 25 years. He married “Miss Kitty” in 1958, and they had 3 children, all born on April 13th but of different years. In 1962 Bob was appointed resident deputy of Escondido. The door to his home was open to all, as was his heart. Bob's true passion was that of a cattle rancher. He ran cattle where Carmel Mountain Ranch now stands, and his last cattle ranch was known as Rancho Lilac in Valley Center. Though the world around him changed, he never did. His handshake was the promise of his word. His faith in God was of great importance to him, and he attended church most recently at Logos Churh in Escondido. A memorial service will be held on Friday, July 7, 2017 at 10:00 a.m. in the chapel at Emmanuel Faith Church, 639 E. 17th Ave. in Escondido. Interment will be at Oak Hill Cemetary with military honors at noon following the memorial service. There will also be a time of food, fellowship and sharing memories with family at 1:00 back at EFCC in the Family Center. In lieu of flowers, contributions can be made to St. Jude Children's Research Hospital. Condolences may be left at Alhiser-Comer.com.

Bob passed away at home in Escondido and went to be with his Heavenly Father on Father's Day, June 18, 2017. Bob was born in Edmore, Michigan June 10, 1928 to Ida and Dewey Willis. Bobwas the youngest of 5 children and was preceded in death... View Obituary & Service Information

The family of Arthur "Bob" Willis created this Life Tributes page to make it easy to share your memories.

Bob passed away at home in Escondido and went to be with his...

Send flowers to the Willis family.