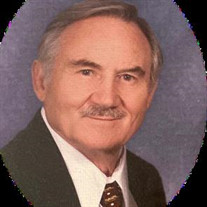 Andrew Tadeusz “Andy” Tuzinkiewicz passed away peacefully on January 10th, 2020. Andrew was a thirty-eight year resident of San Diego, California. He is survived by his wife Maria of fifty-eight years, his children Paul Tuzinkiewicz, Annette Burbach, Natalie Vaughan, and Michal Tuzinkiewicz. Andrew was loved by his seven grandchildren: Travis, Emma, Bradley, Nicholas, Hannah, Sarah and Davis. Andrew was born in 1934 in Tlumacz, Poland and moved to the United Kingdom after World War II. He graduated from Plymouth College and received his Masters in Mechanical Engineering specializing in Thermodynamics from the University of Birmingham, England in 1964. He became a senior aerodynamicist focusing on the gas turbine. He began his career at Rolls Royce Aerospace in England, and ended his career at Solar Turbines Inc. in San Diego. Andrew earned a second masters degree from Embry-Riddle Aeronautical University after his retirement. Andrew moved with his wife and four children to Rockford, Illinois in 1968 and lived in the United States for the remainder of his life. He thought San Diego was paradise and deeply loved this great nation. Andrew was a devoted husband and father. He enjoyed flying small aircraft and became a Lieutenant Colonel in the Civil Air Patrol. He was fond of golf and tennis and played both in his younger years. He was a deeply religious man and was a member of the Legion of Mary rosary society since he was teenager. He will be deeply missed by family, friends, and all who knew him. Rosary - Tuesday, January 28, 2020 at 10:30 am at St. Michael's Catholic Church, Poway Mass - Tuesday, January 28, 2020 at 11:00 am at St. Michaels Catholic Church, Poway Burial to follow Mass at Oak Hill Memorial Park, Escondido Reception to follow Burial at Alhiser-Comer Mortuary

The family of Andrew T. Tuzinkiewicz created this Life Tributes page to make it easy to share your memories.

Send flowers to the Tuzinkiewicz family.